The political economy of communication: are digital technologies facilitating new forms of exploitation? 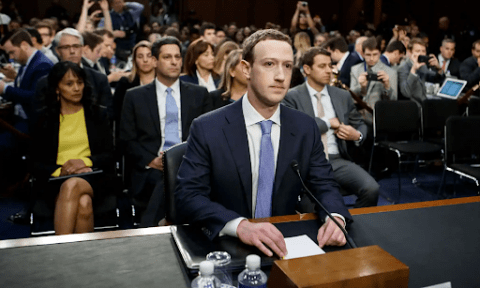 With the omnipresence of online technologies in our daily lives and interactions, the political economy of communication can help us to understand the extent to which these channels are liberatory or exploitative.

The internet has become a simple-to-join, anyone-can-play system where the sites and practices of work and play increasingly wield people as a resource for economic amelioration by a handful of billionaire owners.

Whilst once considered a liberatory form of expression and communication, recent years have seen the rise of ‘Big Tech’ and, with it, the misuse of personal data and commercial surveillance.

This itself has important ramifications for struggles around privacy and intellectual property rights (as demonstrated by the 2018 Cambridge Analytica scandal). As we increasingly spend our time online – whether for work or for leisure – our time both as workers and audience is becoming further commodified.

When considering what makes an ethical digital practice, we must ask the question: does a digital world leave us rife for exploitation?

What is the political economy of communication?

One particular theoretical framework that attempts to answer this is the ‘political economy of communication’, a critical theory within the field of media studies that strives to disseminate the distribution and consumption of digital technologies.

Vincent Mosco, a leading media scholar, approaches the framework as ‘the study of the social relations, particularly the power relations, that mutually constitute the production, distribution, and consumption of resources, including communication resources’. Furthermore, the political economy of communications also leads us to think about what it means to be a producer, distributor or consumer and to appreciate the growing ambiguity about what constitutes these categories.

Through application of this framework to our online interactions, we can better conceptualise our roles within this system as having two clear functionalities: that of the worker and the consumer.

The role of the worker and the information society

Throughout the 19th century, technology had a crucial economic significance because of its role in improving labour productivity.

The development of mechanical infrastructures, such as railways and transport of goods, aided the creation of and access to jobs for more people.

However, in the wake of the industrial revolution – and since the 1960s particularly – there has been a significant shift in employment patterns in the Global North, with a greater focus on information-based production rather than industry-based.

Information and its creation, use, distribution and manipulation is now a central factor not only in employment, but also the very formation of our societies, which are increasingly organised in relation to the growth of information.

Theories regarding the information society have already made claims for the changing nature of work and the reduction in manufacturing-based roles, giving way to the rise of ‘cognitive capitalism’.

Whilst physical labour does not disappear – far from it – it does lose its centrality, instead running in conjunction with ‘digital labour’ and web-based work environments.

Whilst this may be a new form of labour, it is subject to old forms of exploitation: there are no minimum wages or health insurance, and federal or state regulators have had minimal intervention.

So, are these communication-based technologies inherently exploitative?

Some academics have argued just that, suggesting that the model of these digital platforms is simply a regurgitation of capitalist hierarchy.

Christian Fuchs – a prolific writer on the topic – advocates for a participatory economy and democratisation of industrial authority structures; an internet platform can only be participatory, he insists, if it involves participatory ownership structures.

For Fuchs, digital platforms that are not built on a participatory economy model cannot be accessed equally across classes, and can never be truly egalitarian.

The extent to which network-based communication technologies are liberating workers is unclear, yet there are clear examples of how they have enabled exploitation.

However, more contemporary discussions have considered how these tech developments have changed our perception of time and space, further blurring the lines between ‘work time’ and ‘leisure time’. These discussions about space-time compression and global space of flows participate in a longer history concerning the role of technology in the transformation of space and time.

Whilst they were occurring long-before the digital age, it has reached new, potentially harmful levels with the proliferation of communication technology into all aspects of our lives.

This can be further explored in Arwid Lund’s concept of ‘Playbour’.

The distinction between labour and leisure time has long been a source of academic debate, particularly amongst Marxist scholars.

“No individual can ever be shopping, gaming, working, blogging, downloading, or texting 24/7. However, since no moment, place, or now exists in which one cannot shop, consume, or exploit networked resources, there is a relentless incursion of the non-time of 24/7 into every aspect of social or personal life.”

The role of the audience

The economics of business models of media complicate the simplistic division between work time and leisure time apparent in mass communication. This is particularly prevalent in our use of social media.

The notion of waged and unwaged labour is a Marxist theory, where capital tries to commodify disposable time. The cause is the imperialistic tendency of capitalism:

“But its tendency always, on the one side, to create disposable time, on the other, to convert it into surplus labour.” (Marx, 1857/58).

Dallas Smythe further conceptualised this as the ‘commodified audience’. He contends that the economic relationship which is the primary driver of media as an industry is one whereby audiences – or more specifically the attentive capacities of audiences – are sold to advertisers.

Whilst Smythe’s theory was published in 1977, the foundations of it are as relevant today as they were 40 years ago – perhaps even more so.

It articulates questions on how to ‘do’ the political economy of communication, and goes some way in explaining the media industry obsession with ratings and constant monitoring of audience engagement; the value is in the numbers.

The rise of capitalist social media such as Facebook, Twitter, Instagram, LinkedIn and Weibo has not rendered the concepts of labour time and its value superfluous, but is rather an expression of new qualities of labour’s value.

The more time a user spends on Facebook, for example, the more profile, browsing, communication, behavioural, content data they generate that can be offered as a commodity to advertising clients.

This results in hyper relevant ads being presented to the audience, resulting in greater clicks and revenue for the client. The same is true for user-generated content sites, on which user labour generates content and transaction data are surveyed and sold to advertising clients, which get access to the attention of specifically targeted groups.

This commodification of our supposed leisure time can be seen as further exploitation; a cycle of capitalist labour and production in which we are unwittingly trapped.

There is no denying that digital technologies have opened us up to new forms of expression that are inherently liberating. Additionally, by moving information and communications online, it has allowed for remote working and a greater work-life balance in some sectors.

However, as digital becomes a necessity in almost all our daily interactions, the role of these online media outlets should also be critically analysed in terms of user exploitation/liberation.

This involves critiquing digital technologies as a means of production, investigating issues of media monopoly, media corporation’s mergers and consolidations, links between government and the media, and employment arrangements of media workers.

In the 1970-80s, the political economy of communication and the media was greatly revised by analysing media as a site of production in and of itself, thus highlighting the productivist role of audience in the creation of media value, both as a commodity and as labour power. It is critical that the same scrutiny is applied to digital channels.

The post The political economy of communication: are digital technologies facilitating new forms of exploitation? appeared first on Hallam.